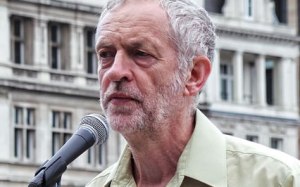 The election for the Labour leadership is drawing close. I did think about signing up to vote but I thought that would be unfair as although I have voted for them in the past, I don’t feel like voting for any major party.

I don’t really care who wins as it is not the party I am interested in, but it is interesting to note that the three other candidates for leader are coming out all guns blazing to say Mr Corbyn is rooted in the past. They are scared he will win, why else are they attacking him. One is even saying anyone but him and didnt Mr Blair say something about people walking over a cliff. It is also interesting to see that Mr Blair, Mr Brown and Mr Campbell have also waded in to the debate.

They are all part of the Westminster bubble wrap, so far removed from real life and I am sure all they have ever done is connected with politics.

The reason members are planning on voting for Mr Corbyn is that people must like what he is saying. I have read that a lot of Labour MP’s have said they could not work in his shadow cabinet if he does win. Well they don’t have to, but if they are not willing to support their party leader then should they be in Parliament? I wonder how many of them will resign their seats. Well, I don’t have to wonder. We all know the answer to that question. The answer is nil, zero, not a single one of them. They don’t like that fact that this man may be voted in. The trouble is he will have been voted in by the membership. So what the membership wants are his type of policies, yet most of the MP’s don’t want this, which means the MP’s don’t agree with their members. Nothing new in that of course. They promise everything to get into power and then ignore what their party members want. It is not just Labour either. It seems to be most politicians.

All Politicians should listen to their members, the ones living out there in the real world, not just the Westminster bubble wrap. If they are not prepared to do that, then the only honorable thing to do is resign. After all they are supposed to be Honorable members, well they should act like one.